29 Apr ’08
Pandor said her department had this year allocated R180-million in bursaries for 5 000 students to study teaching at universities. ‘we are still short of teachers in these areas’
She said the aim of the programme was to “train more primary school teachers, more teachers to work in rural schools, and more maths and language teachers”.

“However, we are still short of teachers in these areas. So, one of the objectives we are considering is the establishment of dedicated units, colleges, or institutions in each province to strengthen this triple need and to support provincial and local government-integrated development plans,” said Pandor.

The minister said the decision to review the matter was based on the fact that, in the past, these colleges were administered by provinces, but that this system was dysfunctional.
“When the decision was taken to close them in the 1990s, colleges were training too many teachers in a fragmented and un-co-ordinated system. Moreover, the quality of college training was uneven.

“Some colleges were too expensive for provinces to run (too few pupils per college) and the majority of African students were disadvantaged by being locked into colleges in former homelands,” said Pandor. ‘Zuma says Asmal had been behind the closure of the colleges’ When the government decided to shut them down the idea was supported by stakeholders in the education sector and it was agreed that teacher training rather be located at universities.

Pandor said part of the motive to review the reopening of colleges was based on the fact that primary teachers do not need a university qualification. Responding to Zuma’s attack last week, Asmal said: “I regret that my comrade president has personalised this issue because the decision was taken by cabinet. I implemented it and I did not close down the colleges, but transferred them to institutions of higher education.”

Dean of Humanities at Wits University Mary Metcalfe said she was against the idea of re-opening colleges because conditions have changed in the new dispensation.
“The role of universities in teacher education is well established (now). What we need is for universities to create new (education) models by establishing relationships with institutes,” she said. Meanwhile, Asmal has defended the decision to close down the colleges, saying they had not been entirely dysfunctional as they otherwise would not have been transferred to higher education institutions.

He made the comments while answering questions from journalists after receiving an honourary doctorate in law from the University of KwaZulu-Natal. The journalists were referring to comments by Zuma at the launch of the KZN Institute of Local Government and Traditional Leadership fund-raising summit in RichardsBay recently. According to reports, Zuma said Asmal had been behind the closure of the colleges.

He was reported to have said: “Asmal is a man who believes he knows everything. What he did was worse than what the apartheid regime did to our education system.” Asmal, who was reluctant to reply to the comments, said he did not want to make it a “personal matter”. He said the government should focus on other more pressing matters in education. “There is no need to revisit and revise decisions that were made in consultation with cabinet and the community.

“The real problem in our schools is the teaching of English and maths and we must concentrate our efforts there,” he said. Asmal said he had a great desire to go to university after matriculating from “the sugar cane town of Stanger”. “Of all my awards, this honourary degree is for me the most moving and important as I would have wanted to have gone to the university (then the University of Natal) over 50 years ago but could not, for poverty and racist reasons. “Now, because of the integration process, it is fast-becoming a truly South African university,” he said. Asmal urged law graduates to help the less privileged. 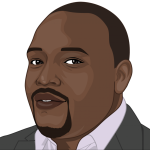